Credit card marketing – why do they bother?

I received a letter from Amex on Friday night, outlining (but not explaining) changes to my card conditions.

Now you can always expect that any changes to any existing arrangement with a financial institution will not be in your favour, otherwise they would trumpet it from on high, and probably spend a lot of money advertising it – such is the rarity of this type of event. It was as obtuse as ever – I read it again and again and still couldn’t actually work out what was changing – it was around when interest would be charged from now on on payments that were late – what I think it was saying was that the interest would now be charged from the date of the individual purchases which in total formed that months payment that was missed or made late. What the interest rate was I am unsure but I think it is something grotesque like 2% per month, compounding – which I think is something around 25% pa.

Now I am an adult and I can always cut up my Amex card, but to be honest I am a bit addicted to those frequent flyer points as they enable me to fly back to Perth regularly to visit my folks. Having said that, and as far as I can see, points are really only bargains for travel so they are a one trick pony in my view. Further, if I paid my credit card on time, I wouldn’t be charged those pesky late interest charges. Add to this fact that there is a surcharge of around 2% on almost all Amex purchases and the reality of it all is that it is a pretty meagre value exchange, if at all.

But what I really started to think about was the nature of the relationship that credit cards or charge cards have with their customers. In the marketing world where the big thing is meaningful and rewarding engagement, a platform on which brands strive to build loyalty and advocacy, why would any business spend all of its time and money attracting new business and then, at the smallest transgression whack you with all of its it might (and legal right – remember the 4 pages of tiny type you signed, but didn’t read?) with fees that are punitive and hard to justify on any measure. This is especially galling if have been a loyal client for decades, dutifully paying all charges, annual fees, late payment fees and hefty interest along the way.

So why does this happen? Just what is the logic in this type of marketing lunacy – has the banking industry taken leave of its combined senses? Why do some of the worlds highest paid marketing people with huge budgets and access to as much consumer insight that money can buy continually act the same way? I wish I had the answer but I suspect its just lack of imagination and viewed as a cost of doing business – you win some, you lose some.

Imagine receiving a call from your credit card provider saying, “Hello Mr Bicknell, in recognition of your slavish adherence to our harsh and unconscionable terms and conditions and to show our appreciation of the many thousands of dollars we have made off you over for the past fifteen years, we have decided to not charge you an annual fee this year”. Wouldn’t this be money well spent and no doubt a topic of conversation around most dinner tables instead of the usual credit card war stories – a “knock me over with a feather” moment. Or have we been so conditioned by so much dreadful and careless treatment by our credit card providers for so long that brand loyalty is almost impossible to engender and it is just not ever expected in this space? A caring and sharing credit card provider? Highly unlikely, but wouldn’t it be fun if someone gave it a go? 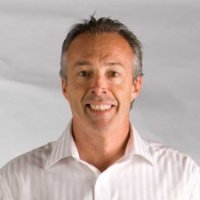