Skip to main content
Close Search
In The LoopUncategorized 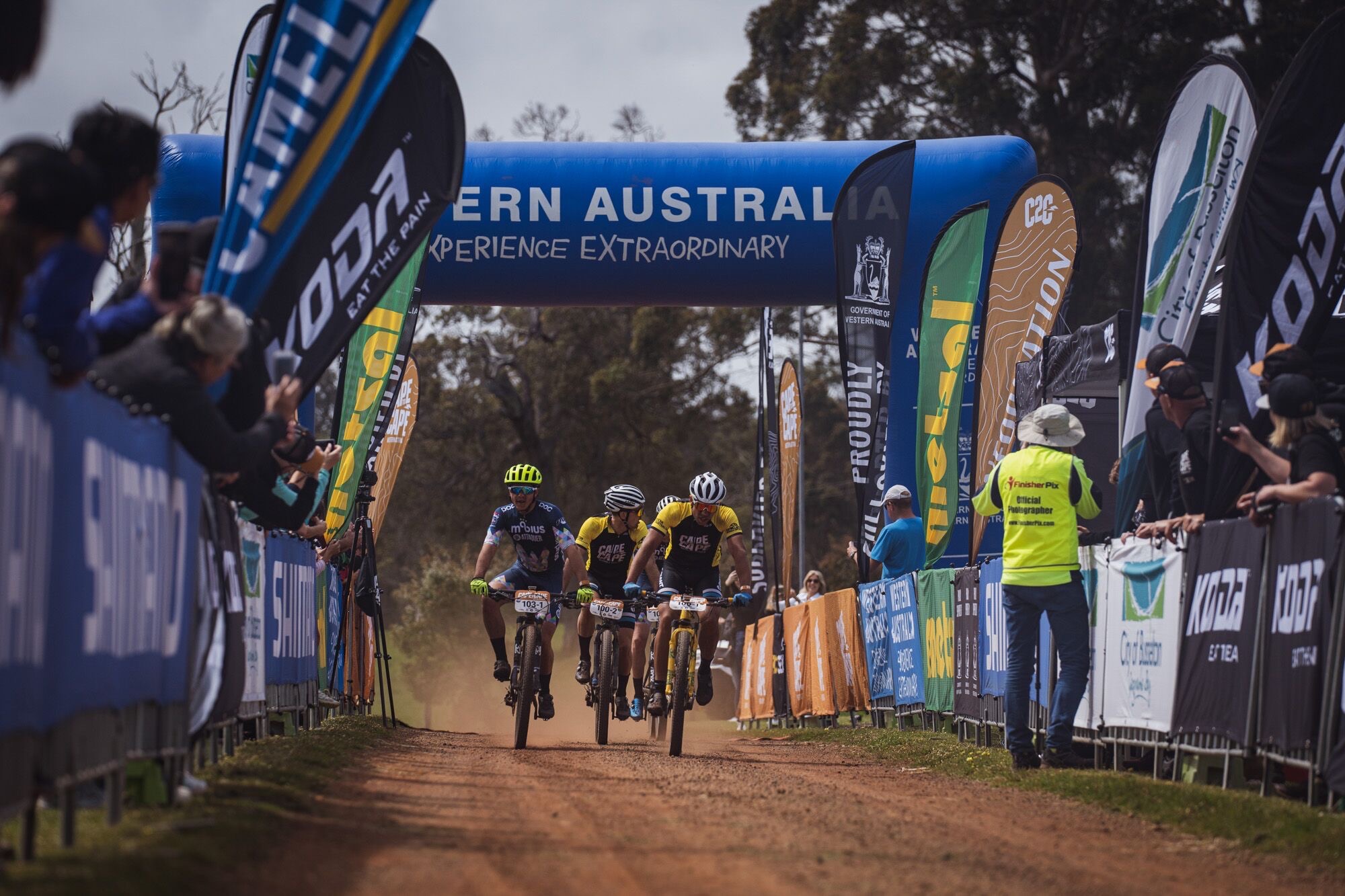 The Cape to Cape, a 4 day stage racing event along the breath taking Margaret River in Western Australia was held 17 Oct – 20 Oct 2019. Over 1,300 riders flocked to the West Coast event to race and experience some of the best scenery and trails Australia has to offer. The top ranking teams were filled with the common faces of Australia’s all stars in the sport. Trek Shimano, Giant Shimano, Nankervis-Motion Never Stop just to name a few. mobius Attaquer sent over 4 teams to make their mark among the MTB stars. We are more than proud of the unwavering performance displayed during the event by all of our riders.

The Cape to Cape campaign was successful with the 4 teams achieving 2nd places, two 6th places and a 16th and as a bonus, a stage win on the first stage. The mobius Attaquer team pushed themselves to the limit revelling in the aggressive, strategic and fast pace on each stage, leaving it all out there on the track and came away with fantastic results.

Brent & Reece finished 2nd in an unrelenting battle with Giant Shimano. A small crash and slight mechanical was the difference between taking it all and 2nd place. Still an absolutely fantastic result.

Ben & Luke 6th overall. The boys were on the back foot from stage 1 with a slow start but used the 3 day to attack and battle back up to finish 6th.

Conner and Chris finished up in 16th. Not an easy race (for anyone) but these guys powered though and made the best of each stage.

Tyron and Fiona took 6th place in the mixed pairs. It was a tight and challenging field. Holly Harris & Mick Harris took the win in the mixed cat.