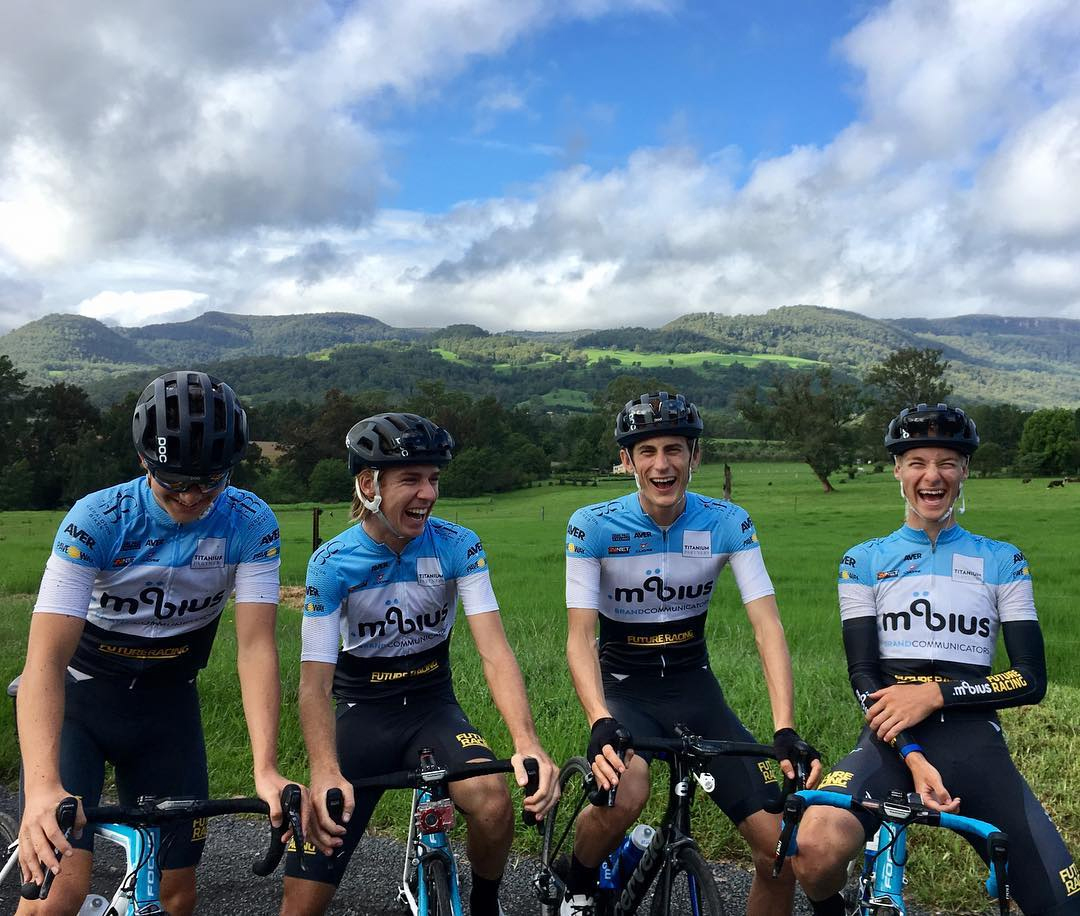 The men’s peloton will begin the 2017 Subaru National Road Series (NRS) at the Battle on the Border later this month, with 2016 team’s runner-up mobius Future Racing set to get to taste the best of both worlds with a split-squad to tackle a challenging Australian domestic and US race schedule.

mobius Future Racing has received invitations from some of North America’s most prestigious races including the UCI 2.2 Tour of the Gila, The Tour of Redlands and the Dana Point Grand Prix.

All three races feature on the US National Racing Calendar (NRC) and will provide exposure to the top level of racing available on the US domestic circuit.

“We’ve spent the past two seasons concentrating on establishing the team domestically and I feel like we’ve done that,” said mFR General Manager, Tom Petty, who is understandably excited by the opportunity.

Head over to the Cycling Australia Website for the full article.