By adminNovember 9, 2017No Comments 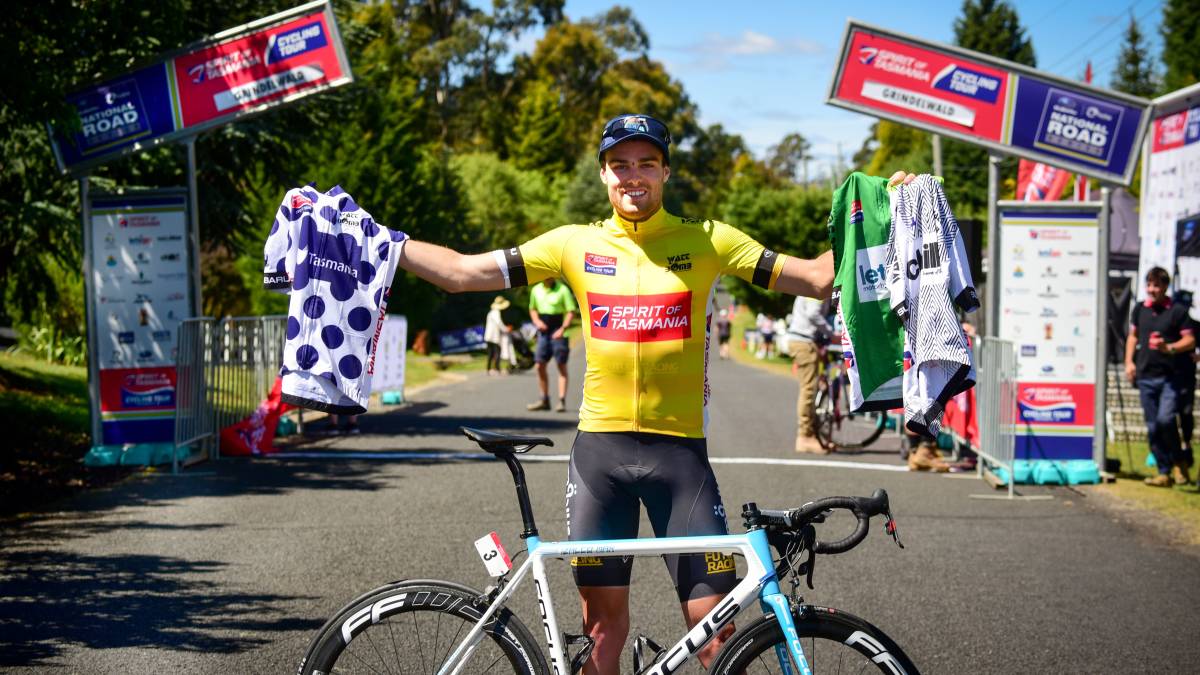 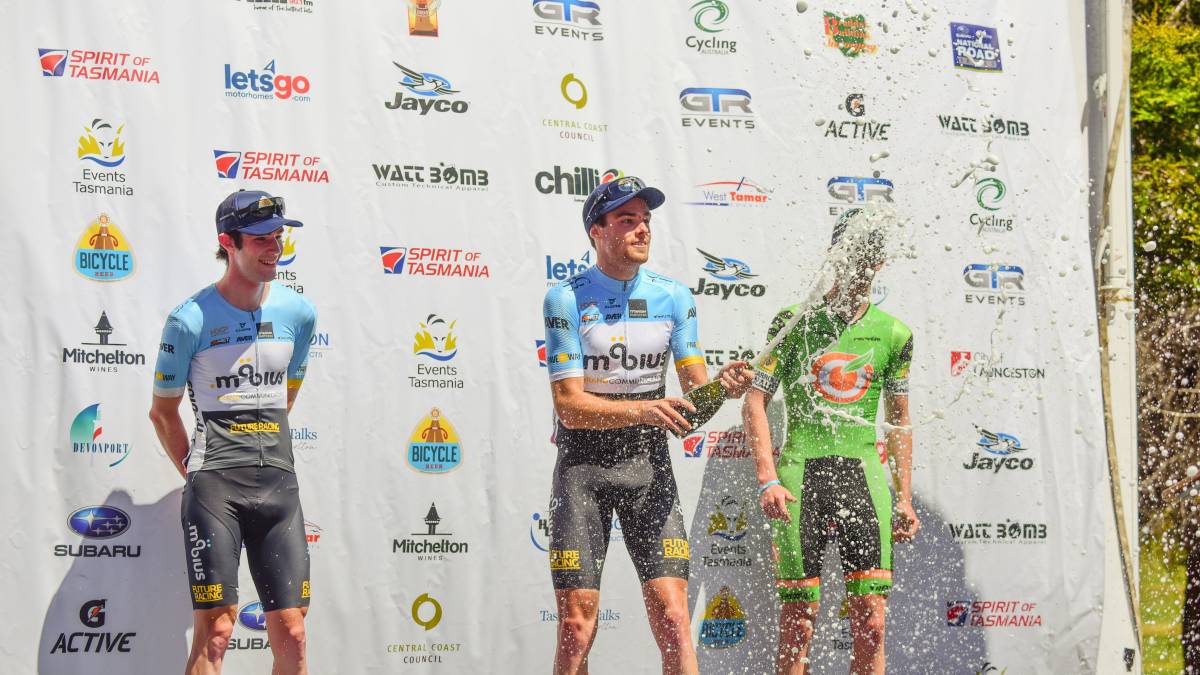 mobius Future Racing’s Peter Livingstone took the biggest win of his young career on Tuesday, winning stage one of the Spirit of Tasmania Cycling Tour. Teammate Angus Lyon finished right behind him in second.

The 20-year-old is only at the start of a promising career, and a stage win at Australia’s toughest non-UCI race is a testament to the strength of the Sydney native.

Stage one of the Spirit of Tasmania Cycling Tour started in true NRS fashion, with plenty of attacks from the gun until finally, a three-man breakaway was able to slip away 30km into the stage. The trio gained a maximum advantage of four minutes before the peloton started their chase as the final 10km climb into Grindelward approached.

Working together with Liam Magennis (NSWIS Cycling), Angus and Peter raced themselves into an extremely favourable position over the undulating terrain. Coming into the ascent to Grindelwald, the mobius Future Racing duo played their tactics to perfection.

“When I realised we might have a chance at staying away from the chasing peloton, I buried myself to make sure we had a head start up the final climb,” explained Peter. “Angus is a fantastic climber, and via a couple of hand signals as to not alert our breakaway companion, we decided that Angus should attack at the base of the climb, and I would sit on Liam as he attempted to chase Angus.”

Tackling the climb that features an average gradient of 10%, their plan worked seamlessly. Halfway up, Peter decided Liam was no match for them, and he had enough waiting around.

“I put in a large attack to distance myself from Liam and bridged across to Angus just before the top. From there, we worked tirelessly together to the line.”

Peter crossed the line right before Angus, both with their hands in the air knowing this was a huge day for not just them but the whole team.

“Having Angus there by my side made the afternoon, quite literally, perfect.”

Everyone at the finish line witnessed what this win meant to the team.

“Crossing the line was amazing. Just pure emotion, I was shouting and smiling. The team car pulled over, and I was immediately hugging everyone around me.”

The Spirit of Tasmania Cycling Tour has been running since 1996 and is one of the most significant and toughest cycling races the country has to offer, with past winners such as World Tour riders, Ritchie Porte, Jack Haig, and Patrick Bevin.

Peter’s effort throughout the day in the breakaway saw him take away not only the leader’s yellow jersey but also the lead in the U23, King of the Mountains and Sprint competition.

“This is such a prestigious race; I’m ecstatic to take my first victory at the Tour of Tasmania. It was made so much more special by going about it in the hardest of ways – a long distance breakaway.”

mobius was very excited following the team throughout the stage, Co-Founder Jane Tribe said: “It was fantastic to see the teams hard work and dedication pay off today with not just a stage win, but second place as well. It was a tough stage to win but great to see. This is a super sign for the team as they continue to grow next year.”

mobius will continue their support of the team as title sponsor into the 2018 season.